Will the FTC Unilaterally Change the Business and Legal Landscape for Direct Selling in 2017?

Actually, notwithstanding the Chairwoman’s minimization of Amway, courts have embraced Amway for 40 years.

And, in 50 years of case authority on pyramid schemes, the courts have condemned inventory loading, earnings misrepresentations, lack of incentives on retailing, absence of return policies, programs that inadequately enforce the Amway Rules or pay out rewards on sales to those who are not whatKoscot referenced as "ultimate users."

But, in the presence of adequate safeguards under Koscot, Amway or BurnLounge, no court has insisted on the type of restrictions called for by the FTC. If the FTC has the muscle to impose such marketing prohibitions, it will likely be due to "extra judicial" factors rather than reliance on the existing legal standards of 50 years of case authority.

The FTC will also need to buck an opposite trend in more than a dozen states and a proposed congressional action, H.R.5230, a bi-partisan anti-pyramid bill to codify recognition of personal use purchases and establish legitimacy standards acceptable to the direct selling industry. The bill is sponsored by Marcia Blackburn, member of the Presidential-Elect Transition Team and other bi-partisan sponsors in a post-2016 election environment that is decidedly "anti-regulatory," where one incoming cabinet member is a family owner of Amway, where a President-Elect was formerly the branded spokesperson for multiple direct selling companies, where one prominent congressional committee chair was previously a ten-year employee of a leading direct selling company and where the incoming President appointed a Special Advisor for reduction of the federal regulatory burden, Carl Icahn, a 23% shareholder of Herbalife, one of the world’s largest direct selling companies.

In addition, the FTC Act provides for the President to appoint 5 commissioners to 7 year terms, the composition of which may be 3 from one party and 2 from another. Currently, there are 3 commissioners, 2 Democrat and 1 Republican. After the new President appoints two new commissioners, the likelihood is 3 Republican and 2 Democrat. And the President is entitled to name the Chair of the FTC Commission. In other words, the positions of Chairwoman Ramirez may prove to be short term in duration as a less burdensome regulatory environment is ushered in over the next few years.

And so, the question: Ratchet up the regulation or ratchet down the regulation? Only time will tell. Better yet … this is a good time for the FTC and direct selling industry to find common ground and workable rules that will allow the industry to prosper in an effective and ethical manner.

And so, the question: Ratchet up the regulation or ratchet down the regulation? Only time will tell. Better yet… this is a good time for the FTC and direct selling industry to find common ground and workable rules that will allow the industry to prosper in an effective and ethical manner.

On January 13, 2017, Edith Ramirez, the chairwoman of the Federal Trade Commission announced her resignation, effective Feb. 10, 2017.


About the Author, Jeff Babener 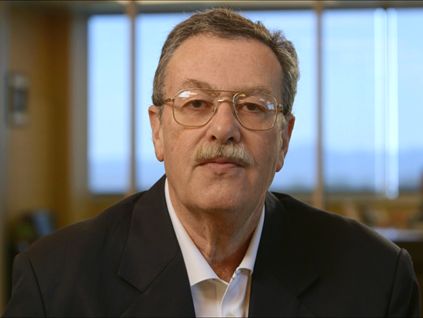 Jeffrey A. Babener, of Portland, Oregon, www.mlmlegal.com, is the principal attorney in the law firm of Babener & Associates. He represents leading U.S. and foreign companies in the direct selling industry. He has been a key advisor to such companies as Avon, Herbalife, Discovery Toys, Nikken, Shaklee NuSkin, Excel, Usana, Fuller Brush, Cell Tech, Enagic, Sunrider, Melaleuca, Nerium International, etc. He is a frequent lecturer and has been interviewed on the industry, and published, in such publications as Money, Inc., Atlantic Monthly, Success, Entrepreneur, Kiplinger's Personal Finance, Home Office Computing, Business Start-Ups, Direct Selling News Magazine, and Money Maker's Monthly. He is editor of the industry publication, Direct Sales Legaline. Mr. Babener is also the author of the books; Tax Guide for MLM/Direct Selling Distributors, Network Marketer's Guide to Success, The MLM Corporate Handbook, Network Marketing: Window of Opportunity, and Network Marketing: What You Should Know (used as the college curriculum textbook at Utah Valley State course on network marketing). He is editor of one of most frequented network marketing educational web sites, www.mlmlegal.com . He has served as Chair of more than 70 national conferences on starting and running the direct selling company. He serves on the Lawyers Council and Government Relations Committees of the Direct Selling Association (DSA), and he has served as General Counsel and on the board of the MLMIA (Multilevel Marketing International Association). He has lectured at major industry trade meetings and at such educational institutions as the Univ. of Illinois, University of Texas, University of Houston, etc. He is a graduate of the University of Southern California Law School where he served as an editor of the USC Law Review, followed by the appointment as a law clerk to Hon. David Williams, U.S. District Court for the Central District of California.

Mr. Babener has served as lead trial counsel for multiple cases on direct selling throughout the U.S. Further background material on direct selling will be found at the website, www.mlmlegal.com, where he is editor.


Other Pages of Interest

MLM law in 50 states, IRS Publication 911, the MLM Textbook, as well as a comprehensive index of articles on the direct selling industry.

The library is full of articles, case studies, statutes and other material useful as a resource to those interested in network marketing. This index is designed to help you find information on a category-specific basis.

Key Pages to Visit While You're Here