For network marketing, it has been a very good decade. In the past 10 years, this industry came into its own and forced its way onto the map of mainstream business. A number of trends helped drive this change. Here are the key events, as far as I've observed them: 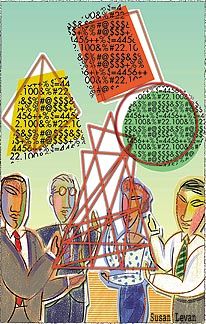 In Tune with the Times

There are a number of reasons why the network marketing industry reached maturity and respect in the 1990s.

As millions of Americans launched home-based businesses and entrepreneurial ventures of every kind, they created a climate in which network marketing could flourish. For instance, it was not so strange anymore for an attorney to leave his practice in order to run a new company of some kind out of his den. Most people have come to know someone who dropped out of the 9-to-5 world and turned entrepreneurial. Hourly and salaried employees have become intrigued with the idea of financial freedom and economic autonomy. Suddenly, they are much more open to change - and better prospects for network marketing.

Another change that favors the networking industry has to do with sex. In the past, most direct sellers were women. As a result, this was often seen as a woman's business, which tended to discourage male recruits. But as opportunities in the industry have increased, more men have been attracted to it; in turn, the all-female perception has faded, increasing the industry's ability to attract men.

The sheer number of network marketers also has exploded. By the end of the 1990s, more than 10 million people were involved in the industry here in the U.S., racking up more than $20 billion in yearly sales. Worldwide, the number of distributors has topped 30 million, generating more than $80 billion in annual sales.

When an industry gets that big, even corporate bureaucrats begin to notice. Major multinational corporations are taking account of the networking phenomenon, building it into their own plans for distributing products and services. Here are a few of the marketing partnerships that have been formed: Avon-Mattel; Tupperware-Disney; Amway-Rubbermaid; DuPont /ConAgra-Legacy.

One of the world's largest banks, Citigroup - formed of the merger between Citibank and Traveler's Group - has a network marketing division, Primerica Financial Services (formerly the A.L. Williams Company) that is one of the most profitable distribution channels for the corporation's many financial products. These range from insurance policies to checking accounts.

In the 1990s, high-tech and financial companies became enamored of the networking industry, as network marketing companies broadened their lines to include services as well as consumer products. Soon, it seemed every high-tech company was looking to networking as a means of guerrilla distribution in competitive markets. Companies in telecommunications, paging, Internet service, satellite TV, financial, and travel services were the chief beneficiaries of alliances with networking companies. Today, even electric power is being sold by network marketing.

Why did conventional corporations cast their lot with the wild and woolly entrepreneurs of the network marketing industry? Because they could see that it works. Specifically, network marketing distribution has several distinct advantages: 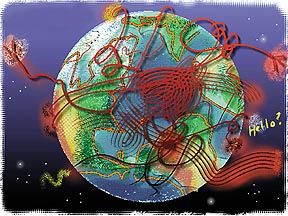 As it entered whole new business categories in the 1990s, the network industry also planted its flag in dozens of new markets around the world. Amway and Nu Skin had singular successes in Japan, which proved to be as amenable to network marketing as the industry's birthplace, the U.S.A. Nu Skin pioneered global seamless sponsoring, which allows a distributor to sponsor people living anywhere in the world into one downline organization - as long as the corporation does business in the country where the recruit lives. For many of the largest networking companies, sales outside the U.S. proved to be the majority. The Internet, global communication, and satellite TV provided the tools for global expansion.

It wasn't just Yankees who have been on the march during this decade. Many foreign-based networking companies set up shop in the U.S. One of the major success stories of the 1990s - health products giant Nikken - came to the U.S. from Fukuoka, Japan, at the beginning of the decade with virtually no American customer base. Nikken posted annual U.S. sales in the hundreds of millions by the end of the decade and established its new worldwide headquarters in California.

Read All About It.

Finally, the decade just ending has seen a sea-change in media and public perceptions of the network marketing industry. In the 1980s, the press acknowledged the existence of network marketing - but the attention was often negative. Stories had names like "The mess called MLM" and "Here come the scam artists." Some of the abuses cited were real, but good companies were usually lumped together with bad - effectively misinforming the public about a major industry.

In recent years, this trend has begun to turn around. Positive stories on network marketing have appeared in The Wall Street Journal, Inc., Success, Entrepreneur, Wealth Building, Business Startups and Home Office Computing. Articles continued to treat the industry to its dose of honest criticism, but they also began to include the positive side: the fact that millions of Americans were finding opportunity where they had never expected to see it - among their relatives, friends, neighbors, and colleagues.

Unless you have been living in a cave, you can't have missed experts' predictions that the Internet will be one of the most powerful business forces in the 21st Century. As available bandwidth increases, ever more information - and more money - will be exchanged over the Net. As a future-oriented industry, network marketing will respond, adopting the new technology enthusiastically.

The Internet will become the prime means of communication, training, and ordering for network marketing distributors. Sales kits and videos may become obsolete as sophisticated multimedia demonstrations on laptops (and over e-mail) become the main recruiting tool, and cyberspace becomes the chief venue for training. The Internet will encourage rapid expansion on a global scale with instantaneous communication between network marketing corporate headquarters and the distributor force.

Documentation, sales kits, distributor agreements, and policies and procedures will reside primarily on Web sites, where new prospects can download them. (Courts already recognize electronic signatures as binding.) Distributors will order directly from the Net, reducing the need for call centers and human operators.

But don't let all this technological razzle-dazzle distract you from the basics. Regardless of what gadgets they adopt, the network marketing companies that succeed will always be those that maintain their respect for personal relationships. Get as virtual as you like - you will always need to get out there and press the flesh.